Two years ago, at about this time of day, I was sitting in the back seat of my dad’s car, trying not to cry. Mum was collecting a letter from my GP. She had instructed me to get myself to Emergency (with a bag packed for admission) after she finally sent me for a chest x-ray.

I had known something was wrong for a while, I had been coughing for so long.

I had no idea that I had a severely enlarged heart, and was in such a bad way.

It was a long night in Emergency. Mum and dad went home after a couple of hours, knowing I wasn’t going to be seen for a while.

I then sat by myself in those excruciatingly uncomfortable plastic chairs for the slowest hours of my life. I had my vitals taken and a doctor saw me briefly twice I think, then it was back to the chairs. I can remember the doctor saying the word severe to me repeatedly. Severe + heart = me quietly freaking out.

After about 7 hours in the hell chairs, I scored a bed in Emergency, around 1am. I don’t think I slept at all, as I was worried and it was busy/noisy. I had my sketchbook with me, so I passed some of the night  drawing.

The next morning I was admitted to the Cardiac Care Unit. I can’t remember now who first said heart failure to me. I think it might have been “Dr Severe”… it didn’t really matter,  I had no comprehension of what heart failure meant.

I remember feeling glad to finally be in hospital, which was kind of odd.

After I was settled into the CCU, I had a big ol’ shudder-y cry – I was so tired, sick, and overwhelmed. Michelle was my nurse that morning, and she ROCKED. She was so supportive and lovely.  (Nurses are 🥇.)

By that evening, I got moved to a single room. I am so grateful for that. It allowed me to get heaps of rest and have visitors without disturbing anyone else. Bonus, there was a bathroom directly opposite my room! 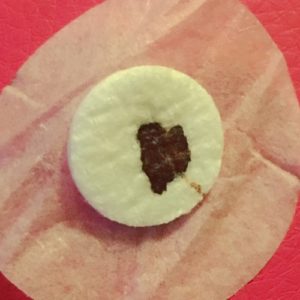 I might write more about my hospital stay tomorrow.